Bringing Clarity to the Murky Problem of Missing Participants

On October 2nd, 2017, the American Benefits Council delivered a letter to the Department of Labor (DoL), urging the DoL to act on the problem of unresponsive or missing participants, an issue that has proven to be a significant point-of-pain for plan sponsors.

The Explosion of Small 401(k) Accounts 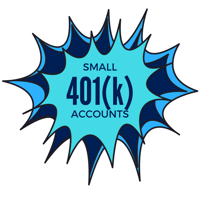 It’s generally accepted that the small-balance accounts of terminated 401(k) plan participants have been a problem for plan sponsors, resulting in increased plan costs, fiduciary risk and other ancillary problems, such as missing participants and uncashed distribution checks.

Now, based on new information from EBRI and other sources, we’re learning that small accounts are a large and growing problem for active participants as well.

The African-American Retirement Crisis: How Auto Portability Can Help

Today, many Americans are hard-pressed to set aside enough savings for a timely or comfortable retirement.   The factors most-often cited as driving the coming “retirement crisis” include longer life expectancies, rising healthcare costs and stagnant incomes. The African-American community faces these same challenges plus other economic headwinds, but with larger hurdles to overcome to secure a comfortable retirement. 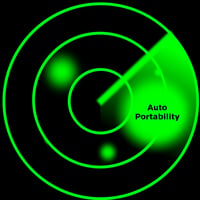 Over the past year, the Department of Labor’s Fiduciary Rule has been highly-visible, presenting major ramifications for the retirement industry and looming large on the radar screens of retirement services providers.

The pace of change in today’s world is faster than ever -- and accelerating.  Consider the vast change witnessed by today’s centenarians over the course of their lives – moving from the horse-and-buggy to aviation, moon landings, the Internet and smartphones. 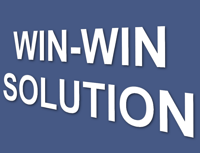 The Chamber’s goals are admirable.

Why Small Balance Cash Outs Are Falling Through the Cracks

According to the recently released 2016 Willis Towers Watson U.S. Retirement Governance Survey, a major trend in retirement plan governance is the growing concern employers have for employees’ retirement benefit adequacy and financial well-being. To address this concern, sponsors indicated plans to increase monitoring of participant behaviors, using metrics such as plan participation and contribution rates, as well as carefully tracking the performance of their plans’ investment managers.

When it Comes to Saving for Retirement, Millennials Can Learn from Baby Boomers’ Mistakes

In his 6/30/16 MarketWatch article, RCH President and CEO Spencer Williams suggests an inter-generational dialogue on the pitfalls to avoid when saving for retirement.

Cash out leakage – the premature withdrawal of retirement savings for non-retirement expenses – is a persistent problem in the retirement industry, and growing more pervasive as employee mobility increases.