An interesting and valuable finding lies buried within EBRI’s 2022 Retirement Confidence Survey (RCS), but you won’t find it referenced in the organization’s initial report, officially released to the public on Thursday, April 28th.

In an excerpt of a report available to survey partners, the RCS found that a plurality of job-changing 401(k) plan participants favored automatic plan-to-plan portability over consolidating their savings to an IRA, or leaving their savings behind in their former employer’s plan. This result comes on the heels of EBRI’s 2021 survey, which found that nearly 9 in 10 participants believed that auto portability would be valuable to them. 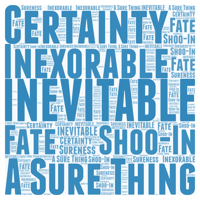 Despite my being a long-time, unabashed proponent of auto portability – the new plan feature that provides seamless, end-to-end portability for small 401(k) retirement savings accounts – it’s always felt like an uphill battle to bring about its widespread adoption in our 401(k) system.

While that battle is by no means over, in late 2021, I finally accepted and now firmly believe that auto portability is, in fact, inevitable.

It’s no secret that interest rates have been at historically low levels for quite some time, but the recent announcement by Federal Reserve Chairman Jerome Powell indicates that rates will stay near zero for the foreseeable future. Chairman Powell stated in his address last month that the Fed would tolerate above-2% inflation instead of attempting to preemptively control inflation by raising interest rates.

It’s bad enough that more than 50 million Americans have filed claims for unemployment benefits since the start of the COVID-19 pandemic and lockdown. But in addition to the disruption, financial hardship, and uncertainty that unemployed Americans (and their families) are experiencing right now, this crisis also threatens their financial security during retirement.

The COVID-19 crisis has created a situation where tens of millions of American workers are in danger of seeing their retirement savings depleted. In addition to the awful death toll, the COVID-19 outbreak has led to extreme disruption in daily life, financial markets, and the economy—especially employment. As of May 28, more than 40 million Americans filed claims for unemployment benefits in the previous 10 weeks. This deadly combination of 1) levels of unemployment not seen since the Great Depression, 2) a significant market downturn, and 3) the ongoing plan-to-plan portability gap, has serious implications for these Americans’ retirement outcomes.

To Show Participants You Care, Help Them Avoid Cashing Out Post-CARES Act

It goes without saying that we are not living in normal times. The health and safety of our families and communities are paramount, and measures to ease burdens and hardships are always appreciated. These include the Coronavirus Aid, Relief, and Economic Security (CARES) Act, the massive fiscal stimulus signed into law on March 27, 2020.

The Institutionalization of Portability is Key to Reducing Cash-Out Leakage