The One Solution Everyone in DC Agrees Upon: We Need Consolidation

By Neal Ringquist
Published on September 22, 2016 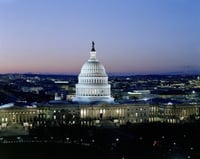 This summer, there’s one topic that everyone in Washington, D.C. seems to agree upon: the importance of consolidation in protecting Americans’ retirement security.
EBRI/ICI Research Points to Consolidation

The tenure gap is expected to worsen as the phenomenon of the “gig” economy accelerates, increasingly necessitating a system of portable retirement savings.
The Bipartisan Policy Center Weighs in on Consolidation

When it comes to consolidation, the Bipartisan Policy Center certainly agrees.  The BPC’s views emanate from a 19-member Commission on Retirement Security and Personal Savings, which has “carefully reviewed the issues and explored many potential approaches that would boost savings and strengthen retirement security” -- reached bipartisan consensus on the most critical initiatives that should move forward.

During their 9/7 testimony before the Senate Committee on Aging, former Senator Kent Conrad (D-ND) stated: “Finally, we recommend the creation of a Retirement Security Clearinghouse to ease the process of consolidating retirement plans.  Let me just say, after leaving the Senate, one of things I did was turn some attention to our own financial situation…my wife’s and mine.  And what I found is that I’ve got accounts here…drib-drab…over here…you know, a little account over there.  Most Americans face the same thing, and it would be a tremendous advantage if we were able to consolidate these plans.”

Finally, this summer the Department of Labor’s ERISA Advisory Council (EAC) heard expert testimony from 19 witnesses on the issue of Participant Plan Transfers and Account Consolidation for the Advancement of Lifetime Plan Participation, which served to reinforce the critical role that consolidation will play.

Retirement Clearinghouse and EBRI teamed up to testify on the effectiveness of Auto Portability at plugging leakage for small-balance participants, followed by testimony from Warren Cormier of Boston Research Technologies on proven, behaviorally-based solutions that promote lifetime plan participation.

Over the coming weeks, we'll eagerly await the EAC’s final report on this topic, which we expect will make a significant contribution towards advancing the adoption of programs that consolidate retirement savings.